03 - The road of the merchants and the burci

03 - The road of the merchants and the burci 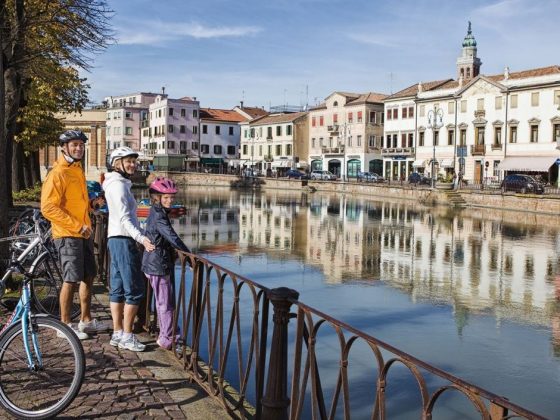 From Venice you head to Padua along the Brenta canal, where many villas are reflected; in the city of the Saint (Padua) you can enjoy visiting monuments such as the Scrovegni Chapel, St. Anthony’s Cathedral, the Specola. Then you reach the foot of the Euganean Hills (Colli Euganei) where there are the spas of Abano and Montegrotto; from here you follow the ancient waterway until reaching Chioggia. Then you go towards the Po Delta with an amphibian route through the estuaries of the rivers Brenta, Adige and Po. Finally you reach Adria, a small, very old town, as can be seen at the National Archaeological Museum. Now you are in Polesine and you carry on to enter Emilia Romagna and visit the Bosco Mesola Nature Reserve: from here you quickly arrive at Goro and Gorino. Then you ride past the famous IX century Pomposa Abbey to reach the historical centre of Commacchio; now it is time to pass through the fishing areas (for the eels) and the former salt mines, visiting the places of “Garibaldi’s march”. Going alongside the Ravenna pine woods and beaches you are coming to the end of your journey, which finishes in the extraordinary historical centre, which hosts eight Unesco monuments: the Basilica of Saint Apollinaire Nuovo, the Basilica of Saint Apollinaire in Classe, the Mausoleum of Theodoric, the Mausoleum of Galla Placidia, the Basilica of Saint Vitale, the Arian Baptistery, the Neonian Baptistery, The Archiepiscopal Chapel. 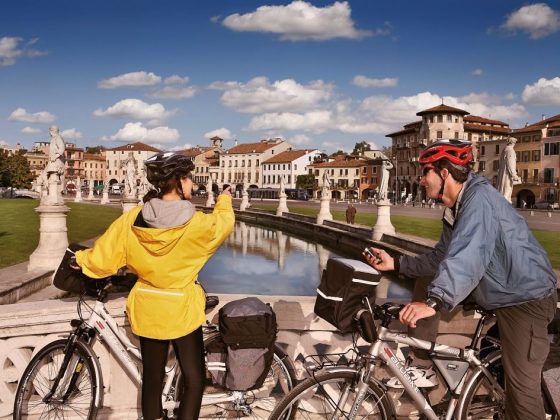 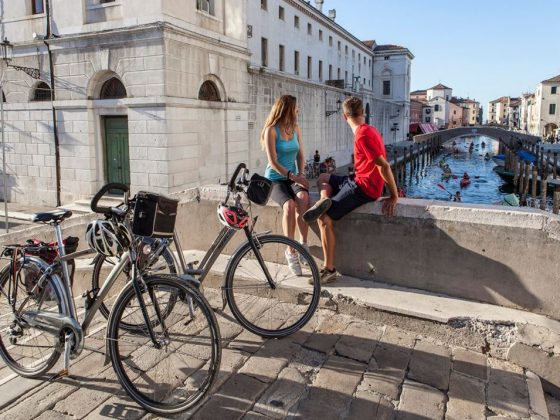 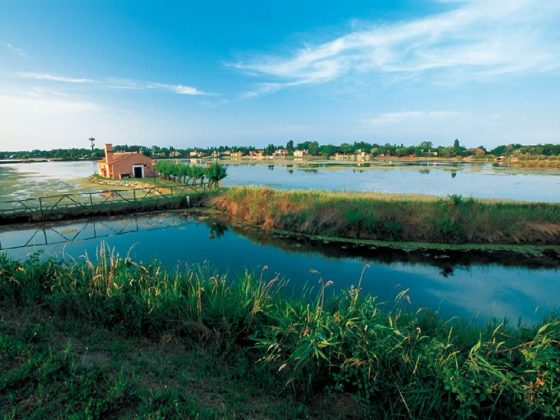 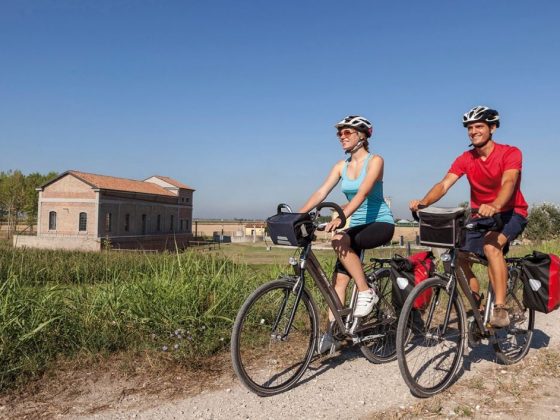 04 – The crossing of the Delta del Po 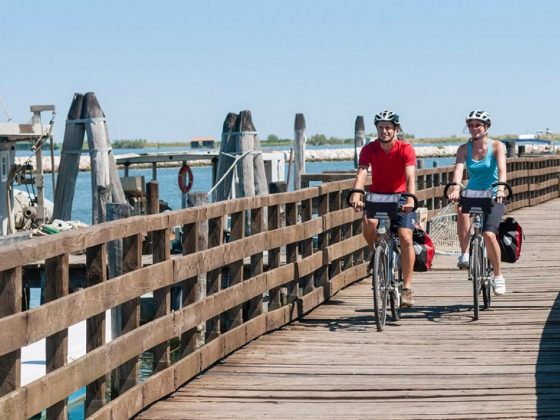 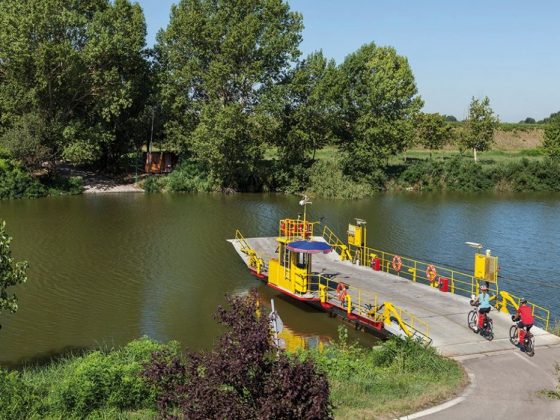 06 – Among valleys, beaches and pine woods